His name is George but I call him the shoveling man. He is in his early eighties, has had a heart attack but has the energy of a much younger man. His wife has to call him in when he is shoveling snow.

Recently, Jan 17/2020, we had one of the worst blizzards in history, with a snowfall exceeding 70 cms and winds gusting to 125 kms. I have seen a lot of storms, over my 71 years but this was the worst. It is so bad that The Premier has asked that the military be sent in to help. There is a state of emergency.

George had his shovel ready. I had been out since 6:30am with the snow blower, however; the snow was too deep in places,  The shoveling man came out at about 7:00 and was still shoveling at 11:00am. Finally, I had to tell him to take a break. Well I was getting tired and it would be embrassing for me to go inside and leave him with his shovel.

I have never seen anybody as neat as George in shoveling a driveway, He has to get down to the pavement.  His method of shoveling is completely different then the way that I shovel. He is very methodical and never appears to be in a rush. As mentioned earlier, he had a heart attack and I’m a little nervous when he doesn’t take a break. I’m amazed at the amount of snow that he can move.

George spent most of his working life as a fisherman, He hauled cod traps, lobster pots and hand lined for cod. He built houses and was able to, when he was younger, complete a house from start to finish.  I guess this is where he learned to work at a certain pace. There have been a few occasions where he has helped me with a few projects and although he never rushed, he was able to complete projects on time.

I have learned a lot from this man and it’s always a pleasure to work with him. It has begun to snow again so I guess George is getting ready for another few hours of shoveling.

Here are a few tips from my experience with George.

Don’t lift more then you should.

Get a shovel that you feel comfortable handling.. George uses a lighweight hard plastic shovel.

I have notice that George pushes the snow and only lifts an amount that doesn’t put stress on his body.

Check this website for some good tips on shovelling snow. Braceability. 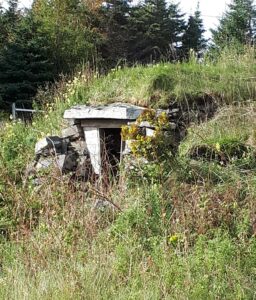